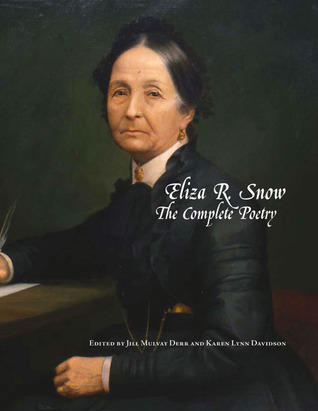 Her last poem was published in 1887, when she was eighty-three. In the intervening sixty-two years she wrote more than 500 poems. Her early work covered such various topics as the fight for Greek independence, the plight of the American Indian, and the deaths of Thomas Jefferson and John Adams on the fiftieth anniversary of the Declaration of Independence.

Her themes changed when she joined the Church of Jesus Christ of Latter-day Saints in 1835, as her poetry began to reflect her new experiences, including poems about Nauvoo, the trek of the Mormon pioneers to the valley of the Great Salt Lake, and the religious community building that ensued. No public event in the community was complete without her contribution, and some of her poems became the texts for Mormon hymns.

When she died on December 5, 1887, the New York Times noted the passing of “the Mormon Poetess . . . one of the central figures of the Mormon galaxy.”Snow’s poems, varied in style and subject matter, reflect both Mormon and quintessentially American experiences of the nineteenth century.

This volume, Eliza R. Snow: The Complete Poetry, presents each poem with contextual information, making it as much a biographical, historical, and theological collection as a literary one, and offering readers the opportunity to enjoy all of the lyrical and powerful poems of this iconic Mormon figure.Distributed for BYU Studies.Eliza R. Snow was living in Ohio in 1826 and had already published her poetry in the Western Courier and the Ohio Star when she was asked by the editors of the Western Courier to commemorate the passing of Thomas Jefferson and John Adams on the same day, July 4, 1826, the fiftieth anniversary of the signing of the Declaration of Independence.

An excerpt from her poem demonstrates her engagement with the issues, and the styles, of her time.Adams and JeffersonNow to their ashes honor--pleace be with them,And choirs of angels sing them to their rest.What bold presumption for my untaught muse!Oh! for a muse by heaven inspired, to singIn strains appropriate, the mournful theme!What shock has nature felt, that should produceSuch strange vibration--such responsive sounds?Hark! tis the death-bell--mark its solemn tone,Columbia mourns, she mourns her patriot sons!Methinks some sacred genii hoverd oerTheir hoary heads, and lifes protracted threadDrew to its utmost length, that they might hailColumbias Jubilee.